Some Things Leaders Ought To Know

It’s sad to say, but too many organizations around the world still don’t see the value of investing in the professional development of their most valuable resource—their people.

They ask short-sighted questions like, “Why would any organization invest resources, in times like these, developing leaders when there’s no guarantee that they’ll even stay with us?”

Or, how about this one: “What’s wrong with people today learning leadership the old-fashioned way, like I did — by the seat of the pants?”

Choosing to ignore the need for focused professional leadership development may appear to be an option for some organizations — just not the great ones. Companies like Proctor and Gamble, Nokia, Amway, Rockwell Collins, Capital One Financial and General Electric, to name a few, have long recognized the value — and profit — associated with developing leaders internally.

In an August 2010 article published in the Wall Street Journal, the author made the following points:

• Business layoffs and cutbacks in recent years have thinned the manager pipelines.

• Baby boomers who postponed retirement during the recession will soon start departing.

Too many organizations, for too long have turned a blind eye to the inevitable reality that their supervisors and managers were aging. Supervisors and managers you work with are beginning to vacate their leadership positions in droves. Unfortunately, too many organizations have done too little to address their succession planning needs in a practical way.

In other words, the need for more and better leaders is not just a future need — they are needed now.

An earlier article in FORTUNE magazine put it this way, “Your competition can copy every advantage you’ve got—except one. That’s why the best companies are realizing that no matter what business they’re in, the real business is building leaders.”

But, back to that earlier question: Why is leadership training even necessary?

These well trained leaders create a lasting difference by establishing a culture of leadership that is sure to permeate the organization and extend well beyond their time of individual service.

The success and viability of organizations in the future is quite literally being shaped today by the quality and capability of that organization’s leaders.

Not too long ago I was working on-site with a corporate client, conducting leadership training. An employee approached me and asked if we could talk. As soon as the conversation began, it became quite clear that the employee was terribly upset with his supervisor. For the next few minutes, he railed on about a mistake he believed his supervisor had made and how that perceived injustice was continuing to affect his performance in a negative way. He questioned how such a fundamental mistake, in his mind, at least, could have happened in the first place. Finally, in an exasperated tone, he ended his remarks to me with this statement: 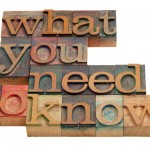 “This person is in an important leadership position, and, well, leaders just ought to know better.”

“Leaders ought to know better.” Now there’s an interesting concept, I thought.

Let’s face the facts. Most of us were never formally trained to be a leader. Most of the managers and supervisors I know, initially earned their opportunity to be in a position of leadership because they were smart, hard working and really good at what they did before being promoted to a leadership position.

The engineer had a proven ability to analyze schematics in the search for inaccuracies, while the accountant was adept at interpreting the nuances of a balance sheet with relative ease. They were good at what they did because that’s what they had studied and trained to do. After years of hands-on experience their proven ability and performance had elevated them to a level of competence and visibility, thus earning them a positive reputation and recognition for the good they did.

Then one day their boss called this peak performer into her office and announced that she had good news. After much careful deliberation, it had been determined this person had earned the right to be promoted to the level of supervision or management. In other words, overnight this person was promoted to a position of leadership.

But, did that make them a leader? For far too many of us, that’s where the trouble begins.

The person was confident and capable in his or her ability read blueprints or to create an amazing spreadsheet, but far less sure about their ability to communicate group objectives effectively, to lead their new team through a process of consensual decision making or to successfully accomplish the dozens of other responsibilities expected of a leader daily.

This was all new territory. They hadn’t been trained for this. And add to the equation that from day one, the employees and individuals this newly minted leader had been tapped to lead were thinking, “Someone in an important leadership position like his or hers, well, they just ought to know better.”

That’s why we’re here – because there are some really important things that Leaders Ought To Know.

But we don’t want this to be a monologue on leadership – we consider it a conversation and we want you to join the exchange. Your insights will make the discussions more relevant and on point, so please share your questions, comments and perspectives at any time. Because Leaders Ought To Know…