People Resist Change and What You Can Do About It

Do people resist change? We say they do, especially when we, as leaders, are trying to do something new.

I’m not so sure that is true. If I offered to give you $100, would you turn me down? Probably not — even though that crisp Benjamin Franklin would certainly mean a change in your financial position. What about politicians? They often campaign with the single slogan of “Change” as Barack Obama did in 2008.  If people really resisted change, I don’t think political candidates would use that strategy. So what makes people resist change and what can leaders do about it?

People Resist Change for What They May Lose 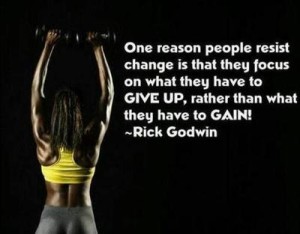 The fact is, people don’t resist change for change sake. They resist change when they believe, rightly or wrongly, the change will mean some kind of loss for them. A change in a department’s structure might cause the loss of a job. A new procedure suggests a loss of expertise: a familiar old procedure is being replaced by the unknown. Loss of expertise might mean looking stupid or losing the respect of one’s peers. Implementing a new software system may mean loss of time flexibility and a lot of extra effort.

It is also interesting to me that people can be so undiscriminating when it comes to “change” in the hands of leaders. It is almost as if, in some scenarios, we project the change to result in an idyllic future. We often fail to ask basic questions, such as, “What do you mean by change? What will the future look like? What assurances can you offer or strategies can you articulate that will enable it to happen?”

Human beings are a bit two-faced. One of our faces assumes all change is bad and to be resisted, while the other buys into the idea of change without accountability.

What leadership skills can help people who resist change? First, be very clear where you, as a leader, are taking your followers. Articulate the future with as much detail and transparency as you can. Second, work with your followers to develop a path to that future. Involve them in the planning. People support what they help create; engage them to garner their support. Third and finally, listen carefully to your followers. They may be aware of pitfalls you don’t know about. They should be asking us the same questions we ought to be asking our leaders, political or otherwise. And we, as leaders, should have clear answers.

What Would You Say?

We would like to hear your perspective, comments and examples on this. What leadership skills and strategies have you found to help people who tend to resist change?