Leaders Ought to Know: Maintain Honesty and Confidentiality 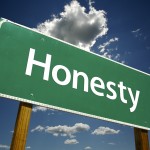 Honesty builds respect; respect builds trust — leaders ought to know that, but sometimes it’s hard for leaders to maintain honesty and confidentiality.

Leaders Ought to Know Maintain Honesty and Confidentiality

Moments later Casey returned to the employee with this startling revelation.  “I lied to you a few minutes ago.  You asked what I knew about a transfer and I said I knew nothing.  The truth is that subject was discussed during a meeting I was in this morning.  Unfortunately, I’m not at liberty to share details — your manager will do that — but I wanted to be honest with you.”

The surprised employee responded, “Thanks.  I appreciate your honesty.”

Casey voluntarily shared this very personal leadership experience with me.  His admission sparked a wonderful discussion.  We marveled at how easy it is for leaders to play loose with the truth—and how often it happens in organizations.  We also agreed that leaders often disregard the impact such dishonesty can have on their reputations.

Now it’s your turn:
What are some ways leaders can rebuild a reputation when they’ve been less than honest or confidential?

What Would Your Followers Say About Your Leadership? Respect?
Leaders Want Most to Know How to Motivate Followers
Subscribe Via RSS

2 thoughts on “Leaders Ought to Know: Maintain Honesty and Confidentiality”