As Yogi Berra would say: “It’s déjà vu all over again.”

Here’s the scenario.  Some high profile individual — could be a politician, athlete, entertainer, business leader — take your pick — says, does and/or posts something publicly that would have been better left unsaid, undone and unposted.  The media soon gets wind of the developments.  They initially salivate, then regurgitate the lurid details of the transgression in one story form after another.  The public’s awareness is raised.  Hired guns, critics and commentators weigh in loudly.  Public opinion polls are cited.  Former friends, colleagues and competitors seem shocked by the news of such inappropriate and unseemly behavior.  The perpetrator finally faces his/her critics and apologizes publicly.  Crocodile tears are shed.  The open flogging continues until some other public wrongdoing is unearthed and the process begins anew. 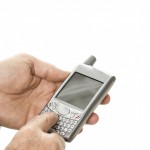 Sound familiar?  Of course it does.  As a result we are left asking ourselves why this scenario repeats itself again and again.  Aren’t people paying attention?  Can’t people learn from the mistakes of others who have preceded them?  Why do smart, successful people do such blatantly foolish things?  I don’t really know.  I suppose there are those who crave attention so badly they will do and say outlandish things, regardless how they will be perceived.  Some people seem to believe they are above the rules that everyone else plays by and therefore, they can say or do whatever they like without repercussions.  Of course, we can’t discount the rock solid fact that some folks are just plain stupid.  As one of my friends likes to say, “If you’re gonna be stupid, you better be tough.”

The most recent foolishness du jour (ala Rep. Anthony Weiner), reminded me that for leaders, the spotlight is always on you, the camera never blinks and regardless your position, there is no such thing as “off the record” comments.  If you say or write something inappropriate, it can and will be used against you by others.  Therefore, I will remind leaders of four things that should not be committed to writing.  Consider the following.

1. Don’t write it down if it is embarrassing.

None of us can escape embarrassing situations or circumstances.  It’s a part of life and work.  When they occur, they need to be dealt with accordingly.  However, it’s hard to find a good reason to commit our own private embarrassments to paper.  And it is virtually impossible to create a defensible reason for writing the embarrassments of others.  Don’t do it.

2. Don’t write it down if it is unsubstantiated or based on rumors.

Facts rule.  If there is something that truly needs to be captured and communicated, make sure it has been vetted appropriately before writing it down.  The “rule of two” applies here.  For information to be substantiated, it should be confirmed by at least two independent sources, each with facts to support their individual assertions or conclusions.  If such substantiated information is unavailable, what you are dealing with are rumors, and leaders should not perpetuate rumors by speaking or writing them.

3. Don’t write it down if it is an inside joke.

A lot of foolish people have attempted to defend something inappropriate that they have done or said by playing the Joker card.  They contend, “I was only joking.  You have simply misinterpreted what I said or meant.”  Maybe so, but if the information is written in such that a regular guy or gal wouldn’t understand the content and the humor immediately, don’t run the risk of writing it down and therefore, confusing readers and embarrassing yourself.

4. Don’t write it down if it is written in anger.

People have told me that writing their anger can be cathartic.  Okay, if you absolutely must write your anger out, do so on paper, by hand, far removed from the computer’s “send” button or an envelope and stamp.  I suggest you remove the temptation to vent, write and send a message that should have never been committed to paper or digital print in the first place.

Let’s face it, people will continue to behave badly.  History will repeat itself.  High placed individuals will continue to do and say things that will leave us average Joes scratching our heads and wondering, what were they thinking?

But as leaders, we must be more disciplined and deliberate than that.  We must think before we speak and before we write.  To do less can cause unnecessary and untold confusion, disappointment and frustration—all leading to the lessening of your leadership opportunities.

Now it’s your turn — what other times should a leader refrain from writing?  I would love to hear your thoughts.