Are You Afraid of Success?

I’ve got an interesting question for you today, a question that we all have to face one time or another. What are you afraid of? 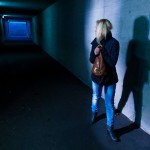 You know, a lot of people like to pretend that they basically have no fear, of if they do have a fear, it’s minor, and therefore, has very little bearing on who they are and what they do. Well, the reality that I’ve found in life is that we all have fears, some big, some small, but in their own inimitable way, every fear will in fact affect us. We can either grow through it, or we can be, well, we can be shackled by them.

I wanted you to think about a fear though today, specifically a fear that maybe most people don’t consider. If I asked you what you were afraid of and we were sitting face-to-face having a conversation, you might be saying, “Well, I’m afraid of flying” or “I’m afraid of speaking in public” or “I’m afraid of failing at something.” All of those things are things that even those that don’t like to admit their fears, well, they don’t have as much problem or as much hesitancy admitting those as others.

But, the fear that I want to talk about is the fear of success. You know, telling someone that they’re afraid of succeeding is counterintuitive to most folks. Most people say, “I’m afraid of the very thing that I’m working toward, that I’m striving for, that I’m sacrificing as a result of?” And, the answer is, all too often unfortunately, yes. Yes, we’re fearful of succeeding.

I remember several years ago when I was still working as a Human Resource Manager in corporate America, it was my job to post job bids. And, what that meant was when a job came open in the plant, our policy was that we would write up a description of that job and we would place it in a public place so that all employees would have an opportunity to see it. If they were interested, they would sign their name or make me aware of their interest, and they would be interviewed and considered for the possibility of being placed in that position.

And, it was so pressing on my mind that this one individual had all the unique skills and abilities, talents, backgrounds, etc, that would fit very, very nicely into the position, that I did something that I normally, in that role as Human Resource Manager, that I normally would have never done.

I went and posted the job on the board, but then I made a beeline to this particular individual. I sat down across her desk and I said…we’ll call her Wanda. I said, “Wanda, do you realize that there’s a job posting for a job.” And, I mentioned the job. “There’s a job posting up now for consideration.” She said, “Yeah, I knew that that was going up.” I said, “Well, I’m glad. Have you thought about that job?” And she said, “Well, yeah. I’m pretty familiar with the job.”

To my surprise, she looked at me and said, “Yes, I would. Yes, I would, Phil. I thought exactly the same thing. I read the job description, or at least was familiar with it, and I know that I could do this job. I could be successful in this job. I know I would be the perfect candidate for this job.” I went, “Well, that’s great. So, you’re going to sign up for the job then?” She said, “Oh, no. No, I’m not.”

I said, “You’re not? You just now said you’d be a perfect fit for the job.” She said, “Yes, I would.” I said, “Then, why not sign up for the job?” She looked at me, and she said, “Phil, when I was successful in this job, and I would eventually be successful, the reason I’m not signing up is I would not know what you guys would want me to do next.”

Think about that for a moment. It happens a lot. Sales people do not exceed their quota, even though they could, even though they’re having a wonderful quarter or a wonderful year, they don’t go beyond what their quota is because they’re fearful that exceeding their quota this year means that they might have their quota raised next year. Never mind that they could reach it easily. Never mind that would even benefit or profit from it. They don’t like the idea of being successful and not being able to predict what that will entail in the future.

I think that’s very shortsighted for leaders. I think we, as leaders, need to be constantly and continuously striving for success, success in our communications, success in our visioning, success in literally everything that we do as a leader without fear of what will happen, but rather, with faith that what does happen in the future would be able to be attended to, accomplished, and succeeded at.

I’ve always said that success breeds success, but unfortunately, fear also breeds new fears. As leaders, I think we need to lead in such a way that others see us striving for success even when the future is still unknown. In so doing, we may set the standard and we may offer a picture of encouragement for others who would be following us.

A College Degree Accepted for Collateral?
Steps to Manage a Confrontation
Subscribe Via RSS